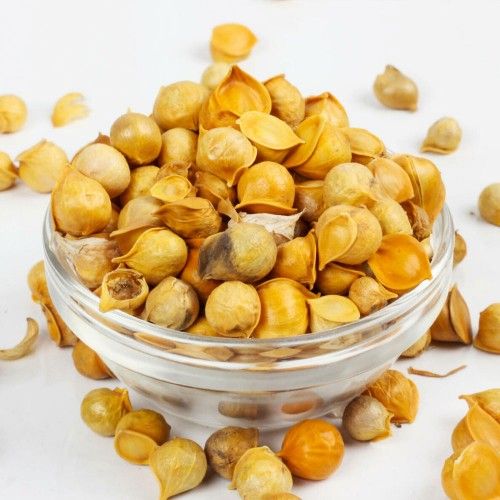 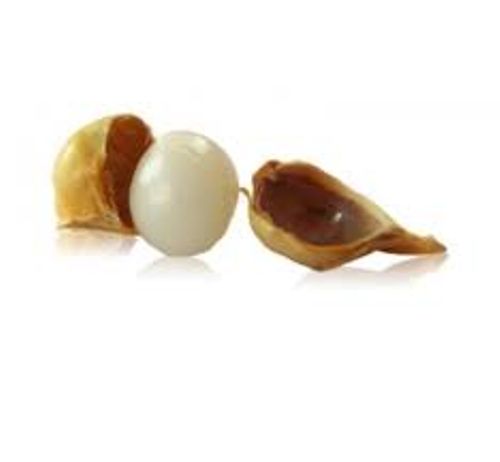 Kashmiri Lahsun also known as Snow Mountain Garlic or One Pod Garlic or Jammu Garlic is one of the most potent and popular herbs having abundant medicinal properties. It is obtained from the Himalayan region in its pure and pristine form. Being one of the most prized herbs in culinary sciences, best known for its flavouring charisma in the food world, Kashmiri garlic has a tall, solid, flowering stalk and broad, flat leaves which form a bulb. The Kashmiri garlic has a strong flavour and a strong aroma.

Kashmiri garlic, also known in India as Himalayan or Jammu garlic, is a rare, single-clove variety of Allium sativum. Known as Snow Mountain garlic and Ek Pothi Lahsun in Hindi, it is only harvested once a year from the high altitudes of the Himalayas and is well-known throughout India for its health benefits. Research has shown Kashmiri garlic to be seven times more potent than commercial garlic, in terms of beneficial compounds and properties.

Kashmiri garlic is a good source of manganese, vitamins B6 and C, as well as copper, selenium, and phosphorus. It is also a source of calcium and vitamin B1. Garlic contains the enzymes alliin and alliinase and combines to form the compound allicin when the cloves are crushed or minced. Allicin is the compound that gives garlic its pungent smell as well as its health benefits. It has anti-inflammatory, antioxidant, and anti-bacterial properties.

Kashmiri garlic can be used both raw and cooked. To maximize the beneficial properties in the garlic, crush or mince before using. In India, Kashmiri garlic is most commonly consumed raw for health benefits. The so-called ‘pearls’ are crushed and then swallowed, followed by drinking two glasses of cool water. Use Kashmiri garlic in any recipe calling for garlic. Use in pesto and other sauces or dips. Add minced cloves to risotto, pasta, or sautéed vegetables. To avoid mold or spoilage, store Kashmiri garlic in a cool, dry, well-ventilated place. It will keep for up to two months.